How Brandon Mitchell is Navigating a Career in DC Tech 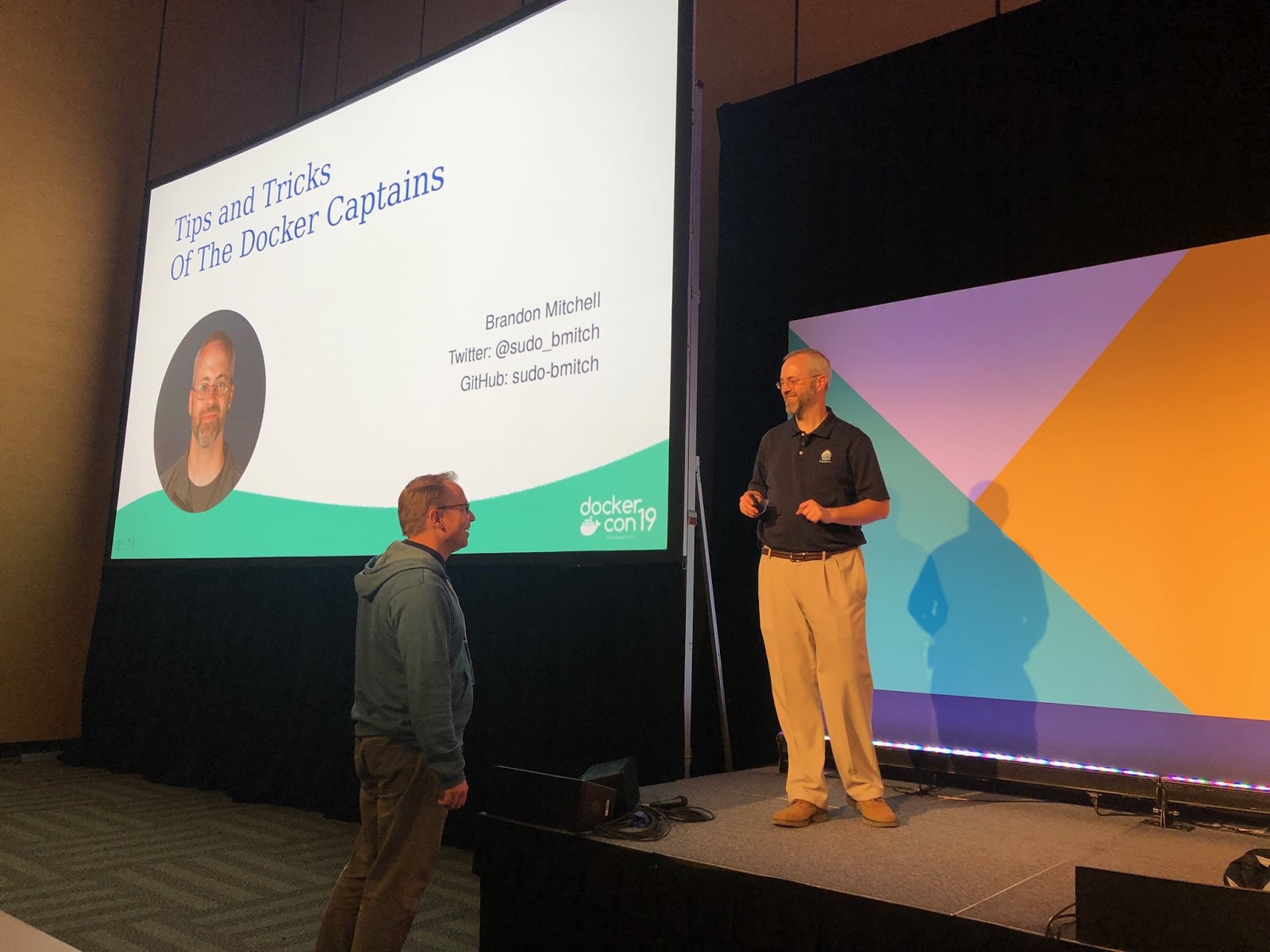 Brandon Mitchell is a Solutions Architect at BoxBoat. He shares how he got into tech, his career advice, and how he's successfully progressed in his #dctech career.

Hi there! Can you give us a short intro to who you are and what are you currently working on?

I'm a Solutions Architect with BoxBoat.

They provide consulting services around containers, including enabling developers to package and run their apps in Docker, operations teams to manage clusters running Kubernetes, along with many other areas like CI/CD and security that a transition to managing applications in containers touches. Much of my time is spent in either packaging applications into containers or integrating the various tooling to run containers within a client's workflow.

“I've been interested in tech since I was a kid playing games on a Commodore 64.”

Outside of paid work, I've got a long list of, often neglected, side projects. I'm in the Docker Captains program which often has me preparing conference or meetup talks.

I've lent a hand to the Terrastories project who packaged their application in Docker and then shipped it on small PCs to the Amazon to gather stories from the indigenous people. They reached out to me after meeting some of the developers at a Code and Coffee meetup.

And a large chunk of my free time gets spent on StackOverflow answering questions. Answering questions in public forums helps in several ways, first to the person asking for help, hopefully many more times to all those googling the same issue later, and most importantly it helps me learn by teaching others.

What's your backstory and when did you realize you wanted to work in tech or startups?

I've been interested in tech since I was a kid playing games on a Commodore 64. I learned BASIC, and then in college I got more serious learning C, C++, and Java.

Back then, compilers from companies like Borland cost money, but I had heard you could get a free C compiler called gcc with Linux. One pile of Slackware floppies later I became a Linux user, and took a quick interest in learning how to manage Linux servers.

While in college I interned at NASA Langley within their atmospheric sciences division. I worked as their sysadmin for a Solaris server, helped the scientists better preserve and access the data they were gathering in a database, and worked on their website.

After college I moved to Northern VA, and started working for consulting companies around IBM's Tivoli product line. Tivoli is a set of tools to manage large enterprise environments, think server monitoring, remote software install to the desktop, or backups over the network. After a few years as a full time employee I went independent as a consultant and contractor doing the same work.

I quickly learned how much paperwork and overhead there is in running a business, though it's certainly rewarding.

What are the tools of your trade?

I spend all day in Linux, packaging apps in Docker, and couldn't live without Git. Most of my quick automation and integration work is in shell scripts, but if I get a chance, I like to code in Go.

“Then, go on interviews. Even if you're not qualified you'll learn about what problems companies have and what they are looking for, which can help you plan your self education.”

For deploying infrastructure, I use Terraform and Ansible. And for local VM's I've been deploying those with QEMU lately, managed with libvirt. After starting in a world before VM's, there's still something magical about having a VM up and running in 10 seconds or an isolated container running in a second.

What have been the most helpful or influential resources you’ve learned from?

For staying up to date with current technology trends, I use Twitter. Follow people and projects for their technical content and it becomes a useful site. I use a lot of mute keywords, keep the feed set to newest first, and stay selective about who I follow to cut down on the noise ratio.

While out for a walk I'll listen to podcasts like the Changelog, Go Time, or something from TWiT. Since I work from home, my TV time during meals is often watching conference presentations on YouTube.

But mostly, I learn by doing and teaching. Doing involves running and managing Linux machines at home. And teaching involves presenting at meetups and answering questions on StackOverflow.

How did you get the job you currently have?

Working as an independent consultant went well until the IBM tools that I specialized in reached their end of life and it was time to retool myself. I went back to my Linux roots, and searched the ecosystem for open source projects making the sysadmins life easier.

I came to really enjoy tools like Terraform and Ansible, but Docker was the one that blew my mind. I was back in a job search since companies rarely hire an independent consultant without any experience in a tool.

“There's a saying that people don't leave companies, they leave managers, and the inverse is also true.”

A recruiter put me in touch with BoxBoat, a startup that was focusing on being a Docker business partner on the East Coast and needed their first employee. We've since expanded into Kubernetes and many of the surrounding technologies, and enjoyed the hockey stick growth of the container ecosystem.

What advice do you have for someone looking to break into tech? Or, what advice would you give yourself 5 years ago?

First, network. Find others in industries that interest you, ask them about what their job is like. If you don't have friends in the industry already, go to meetup events.

Then, go on interviews. Even if you're not qualified you'll learn about what problems companies have and what they are looking for, which can help you plan your self education. Expect to be turned down for lots of jobs before someone says yes.

And make sure you are also interviewing the company, be sure you really want to work there before saying yes. If one company wants to hire you, there's a good chance that others do too, so be selective if you can, which means going on every interview you can during your search.

Was there anyone in particular you want to shout out who helped your career along?

If I start dropping names, I'm sure I'll forget someone. I had a few exceptional professors in college that really made a difference. Each of them opened opportunities and steered me in a path to further my learning.

Then early in my career, a few managers made me appreciate how much a good manager can impact your career. Sometimes that was doing little things like taking the team out to lunch to help build a company culture. And other times, a manager was stepping in to defuse a difficult situation.

There's a saying that people don't leave companies, they leave managers, and the inverse is also true.

Where can we go to learn more about you and your work?

Want to learn from others in the DC Tech community?

How Brandon Mitchell is Navigating a Career in DC Tech