How OurStreets Pivoted Successfully in Response to COVID-19 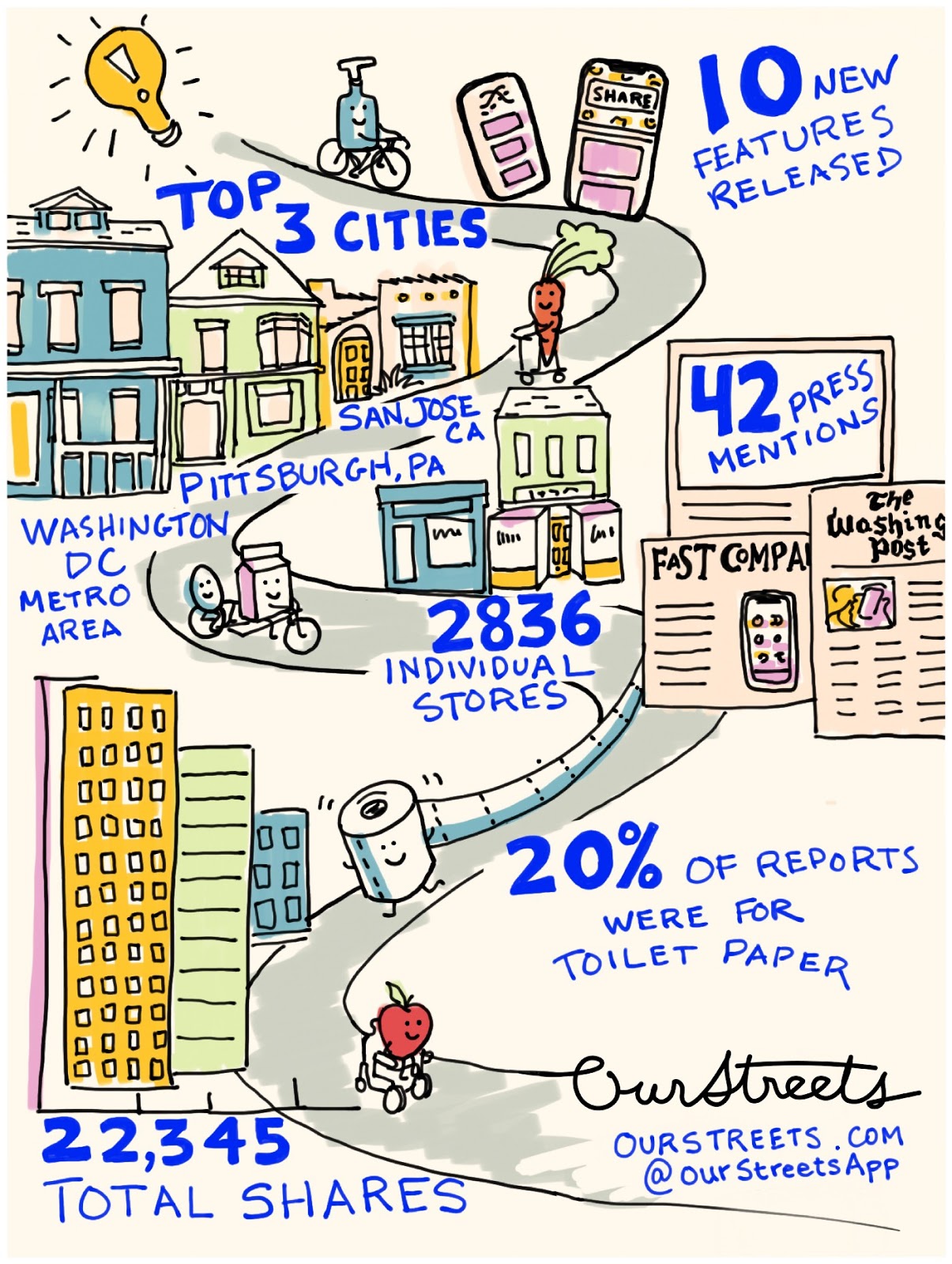 ‍Hi Mark, can you give us a short intro to who you are and what you’re working on?

OurStreets is a community driven data platform that empowers users to see and share what impacts the world around them -- we amplify people power to build stronger communities.

In March 2020, in response to the COVID-19 crisis, OurStreets built OurStreets Supplies for people to share what’s in stock at neighborhood stores, making shopping trips more efficient and safer for everyone.

“I got a call from the DC Department of Public Works in mid-March asking if we could repurpose OurStreets to crowdsource the availability of essential supplies during the COVID-19 crisis.”

I co-founded OurStreets in January 2019 (then How’s My Driving App) with Daniel Schep, our Head of Engineering. I serve as the company's CEO and like most CEOs I spend my time raising money and plotting out our strategic course.

What was the original vision for OurStreets?

OurStreets has a fairly unique origin story. With inspiration from folks in the #bikeDC community that were posting photos of cars blocking bike lanes on Twitter, Daniel and I built a Twitter bot called @HowsMyDrivingDC in July 2018. The Twitter bot uses license plate info to produce a screenshot of the vehicle’s outstanding citations from the DC DMV website.

After several thousand tweets in a matter of months, we began to analyze the data, and  found that one in three vehicles had outstanding citations and represented over $1 million in outstanding citations. We wanted to understand why people were tweeting at the bot, which was how the mobile web app How’s My Driving app was born in January 2019.

The How’s My Driving app allowed users to upload a photo, select an incident type (blocking a bike lane, crosswalk, etc), enter license plate information and other relevant information. Like its Twitter bot predecessor, the app returned the offending vehicle’s outstanding citations and added a feature for users to submit their report to DC 311 via Twitter.

“We went from ideating and wireframing over the weekend to a full product launch in 11 days, or what is about two month of product development in less than two weeks.”

After winning several pitch competitions and a year-long beta test in the DC market that captured over 18,000 app submissions, we rebranded and launched OurStreets for Android and iOS in January 2020.

With a year of feedback from users and municipalities we honed in on the problem that we were solving - how do we capture momentary obstructions of roadways like cars blocking bike lanes and scooters blocking sideways and use that data to make our streets safer for everyone.

How did you make the decision to pivot?

I got a call from the DC Department of Public Works in mid-March asking if we could repurpose OurStreets to crowdsource the availability of essential supplies during the COVID-19 crisis. We of course said yes, knowing already that this had to be a nationwide effort.

A few hours after that call, I huddled the OurStreets team. We were already all working from home at that point. It was a Friday evening, and we got to work that night. There really wasn’t much to think about. We knew we could do it, that it would help people, and met our mission to amplify people power to build stronger communities -- it was a win-win.

We went from ideating and wireframing over the weekend to a full product launch in 11 days, or what is about two month of product development in less than two weeks. Since launch, we've since made vast improvements to the user experience. As a result, we’ve had over 35K downloads of the app in six week and have had reports in all 51 states (see what I did there).

How are you planning for an uncertain future?

Uncertain is quite the euphemism. There’s never been a situation like this, and I’d be cautious of anyone that says they have a clear plan of how to succeed in this environment. For OurStreets, the plan is two-fold:

A few weeks ago we started thinking about what’s next and begging the question, why did we have to build Supplies in the first place? In 2020, brick and mortar retail inventory availability is still largely a black box and we have a solution to open that box up.  We’ll be piloting a new concept this summer with a number of DC retailers.

Do you have any advice for other companies looking to pivot in response to COVID-19?

Take any and all assumptions that you made about your business prior to COVID-19 and throw them out the window. Hone in on the parts of your business that are truly your secret sauce and think of new and creative ways to leverage them.

OurStreets always had a mission of making our cities healthier through crowdsourcing information that was hard to capture otherwise, so Supplies was a natural pivot for us. Even stil, I initially thought it was going to be a hard pitch to get the team on board with the idea, but no one blinked.

“Take any and all assumptions that you made about your business prior to COVID-19 and throw them out the window.”

As a result of all our hard work, we built something unique that’s helping people all over the country shop safely, and we saw our first revenue come in through some features listings. We got national and local media attention across the country, and got endorsements from the mayors of Pittsburgh and San Jose. And on top of all of that, it really opened up some new doors for us to explore new products and strategies outside of street safety.

Where can we go to learn more about you and OurStreets?

Want to learn from others in the DC Tech community?

How OurStreets Pivoted Successfully in Response to COVID-19